Welcome to TAFE Directors Australia
TAFE Directors Australia (TDA) is the peak national body incorporated to represent Australia’s
national network of publicly owned Technical and Further Education (TAFE) institutes and university TAFE divisions
and the Australia-Pacific Technical College (APTC).
TDA Convention 2019 – The Power of TAFE
The TDA Convention 2019 highlights the power of Australian TAFEs.
The Power of TAFE will be a celebration of the distinct role TAFEs play in vocational education,
across schooling and in higher education, for the benefit of citizens and supporting economic well-being and building communities.
Visit The TDA 2019 Convention Website

Most of the jobs being created in Australia will require a TAFE qualification. The need to have such qualifications is not unique to Australia, but it is a global trend in both developed, near developed, and developing countries.

Within Australia, TAFEs and TAFE divisions of dual sector universities are the cornerstone of their communities contributing to the success of local firms and industries and, through that support, underpin the educational knowledge and technical competencies of a highly skilled workforce, which is more productive, has better health and social outcomes, and is less reliant on government services.

To explain the role of TAFE in supporting Australia’s continued economic growth, TDA has produced a video under ‘TAFE for Australians’.

Originally launched at an event at Parliament House Canberra in August 2018, the video tells the story of how TAFEs support all Australians across multiple dimensions and showcase the contribution of TAFEs and TDA in supporting skills development globally, especially in Asia.

TAFE institutes enrolled more than 1.2 million students in 2016, and our members continue to enjoy a majority share of government-funded training.

TAFE remains the dominant partner in vocational education and training (VET) across most of Australia’s core skilled occupations, and with major Australian industry.

Keep up to date with TAFE Directors Australia’s latest news

Dear readers, We’ve prepared a Carol for the season, based on the classic, Good King Wenceslas. To help you through the mangled verse, we’ve provided the original tune

YEAR13 Releases guide for parents navigation life after the ATAR

Year13’s research has shown that the majority of youth get their most trustworthy career advice from their parents (56%), more so than from teachers (40%) and career

Did you know Curtis Stone, Guy Grossi and Tobie Puttock all studied at @BoxHillInst?

You can follow in their footsteps - at our brand new $1.6m training restaurant at the Elgar campus. (1/2) 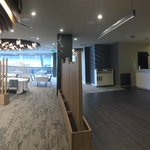 She went from banker to baker in just a few months - retraining for a rewarding career in one of the state's most in-demand industries. 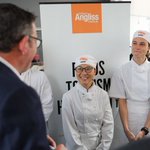 If you're looking for a new pathway, TAFE can get you there.

Just like Andrew - who successfully pursued a number of different careers prior to finding his passion in trades and enroling at @bendigo_tafe.

And now he's our Apprentice of the Year.

Please join TDA and an exceptional panel of speakers for its next TAFETalks event on 1 December at 2pm AEDT. The focus of this webinar is on apprenticeships and supporting students to complete. 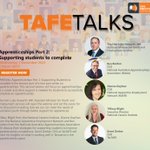 You will receive a free copy of relevant thought leadership when you subscribe to our news, event updates and alerts about new content of interest to you.